The government of Barbados is taking action to improve population health by getting sugar consumption under control with a 20% tax on sweetened beverages like sodas, flavoured milk, energy drinks, and many more. The tax will come into effect on 1 April 2022. It aims at tackling skyrocketing rates of obesity and related chronic conditions including diabetes, heart disease and some cancers. These noncommunicable diseases (NCDs) can often be prevented or delayed, yet they cause over 80% of deaths in the region of the Americas, with 2.2 million of those deaths occurring prematurely, between the ages of 30 and 70.

Fiscal policies such as taxation on sugar-sweetened beverages (SSBs) of at least 20% are one of many actions promoted by the Pan American Health Organization (PAHO)/World Health Organization (WHO) for the prevention and control of obesity and chronic conditions. Robust evidence has shown that SSB taxes result in positive changes in consumer behaviours while also generating public funds, with no long-term negative economic impact.

Barbados had implemented a 10% tax in 2015, which contributed to a 4% reduction in SSB consumption and a 7.5% rise in water consumption. At that time, Barbados was one of only 10 countries globally to implement such a tax (Barbados, Chile, Finland, France, French Polynesia, Hungary, Mauritius, Mexico, Samoa, and Tonga). Since then, many countries have followed suit: as of March 2022, 73 countries had implemented SSB taxes, including 21 countries in the Americas and seven US states. Other countries have announced commitments to tax sugary beverages in 2022.

SSB taxation is one of the priority policy areas for civil society organisations working for healthier populations, such as the Healthy Caribbean Coalition (HCC) and the Heart & Stroke Foundation of Barbados, who both advocated for the SSB tax increase. The tax is an important part of a broader agenda to combat unhealthy diets with healthy food policies, including taxation of unhealthy products; subsidies for fresh fruits and vegetables; the introduction of mandatory front-of-package warning labels on pre-packaged foods containing high levels of sugar, salt or fat; and regulating the sale and marketing of SSBs and ultra-processed foods in and near school settings.

Taxes on unhealthy foods and beverages can also generate significant funds for governments. For example, Bermuda’s 75% tax on sugary soft drinks, candies, pure sugar and cocoa products raised $5,402,000 in the 14 months since its implementation, which has been used for funding health and wellness initiatives. Policymakers in the region have noted the overwhelming evidence for both health and the economy, as both Antigua and Barbuda and Saint Kitts and Nevis have announced commitments to tax sugary beverages in 2022.

Health-promoting measures like the SSB tax are of particular importance for island nations in the Caribbean as well as the Pacific, which have reached high rates of overweight and obesity. Obesity rates in adults has reached as high as 36% across the Caribbean, and Barbados in particular has an overall obesity rate of 34%. 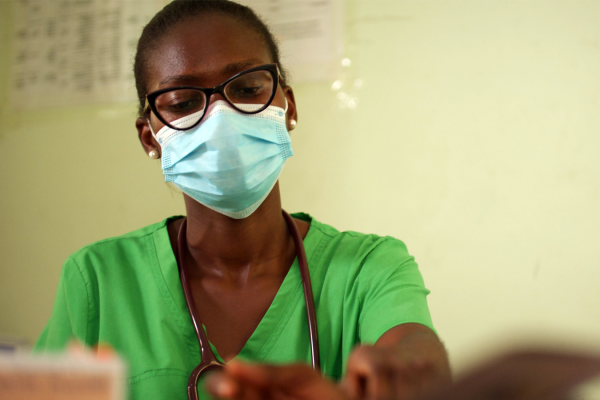 Invest to Protect: The urgent call for this year’s Global Week for Action on NCDs