NCDs front and centre at WHA75

Just a few months ahead of this year’s Global Week for Action on NCDs, the 75th World Health Assembly (WHA75) addressed the biggest NCD agenda in the history of the event. The hard work and preparation of NCD advocates from around the world paid off – many new commitments on NDCs were formalised in a broad ‘omnibus’ decision, and countries now have clearer targets, a road map to prevent and control NCDs, and bold action plans.

A key topic within the NCD agenda at WHA75 was the urgent need to integrate essential NCD services into emergency preparedness and response plans, as well as in humanitarian settings. The COVID-19 pandemic made clear that NCDs can no longer be neglected, with 60-90% of deaths from the virus taking the lives of people living with chronic conditions like diabetes, heart disease, and obesity. Various conflicts currently taking place in the world – such as the war in Ukraine – and the increasing effects of climate change highlight the need for NCD prevention and treatment that leaves no one behind.

"If countries wanted to act now... there is something they could do to diminish the impact of a new pandemic—attack, control, and defeat non-communicable diseases (NCDs)." Richard Horten, Lancet editor-in-chief, in a recent commentary.

NCD prevention was also at centre stage, with calls to protect health policies from the influence of the unhealthy commodity industries, like tobacco, alcohol, fossil fuels, and ultra-processed food. This was particularly relevant in relation to WHO's new action plan on alcohol. We need strong political leadership to eliminate industry influence in health policies! The recently established Heads of State and Government Group will be one opportunity to take action.

The meaningful involvement of people living with NCDs at all levels of decision making was strongly supported, especially in the context of the implementation roadmap 2023-2030 for the global action plan for the prevention and control of NCDs. Some Member States, like Norway and Australia, also underlined that the road map must go beyond the ‘4x4’ approach, to address mental health as well as air pollution.

It seems like progress on NCDs is finally beginning to speed up, but the question on everyone’s mind remains the same: Will governments follow through NOW on their commitments by making the necessary investment? Will we finally see the great change that we have been working towards for over a decade – a healthier, more equitable world that is free from preventable suffering and death from NCDs, where no one is left behind?

We now know that all countries – including low-and-middle-income countries (LMICs) – can achieve or nearly achieve the SDG target 3.4, to reduce premature mortality from NCDs by one third by 2030, by implementing a package of interventions aligned with the WHO 'Best Buys' on NCD prevention and control. It will just take commitment from leaders and decision makers, and a realistic level of investment in the right interventions. This is presented in detail in a 2022 Lancet health policy paper.

There is no excuse for continued neglect of NCDs, and that is why this year’s theme for the Global Week for Action on NCDs is ‘Invest to Protect’. Every single one of us can take action by demanding increased investment for NCDs – join us this 5-11 September and act on NCDs! 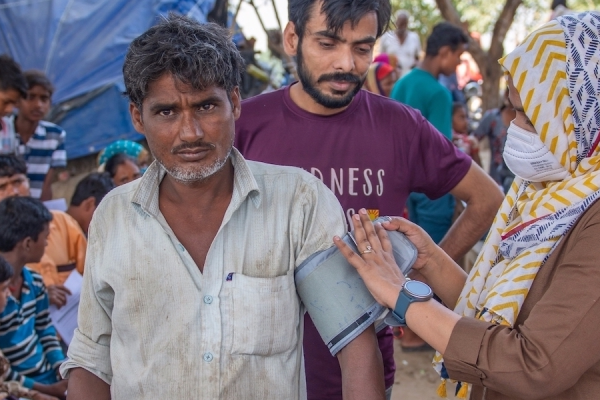 Most countries could reduce NCD deaths by one third if they followed a comprehensive investment strategy, a study by The Lancet shows