People living in poverty are often more exposed to common risk factors for noncommunicable diseases (NCDs) such as cancer or diabetes, and limited in their ability to practice behaviours that promote health due to the environments in which they live, thereby increasing the chance they will develop an NCD later in life and be diagnosed at a later period.

Poorer and marginalised people may face significant barriers to access preventative, primary or acute care, including out-of-pocket or informal payments, discrimination or stigma, or practical issues such as language barriers or distance to healthcare facilities. Late diagnosis severely decreases the chance of successfully managing a chronic condition, and often results in premature mortality.

People living with NCDs sometimes suffer from loss of productivity and absenteeism in the work force and in schools, further limiting their earning potential. Ensuring that essential NCD prevention and treatment is a core component of national Universal Health Coverage (UHC) packages can help provide affordable, quality care to the people who need it most.

UHC that addresses NCDs and reduces catastrophic out-of-pocket expenditure for vulnerable populations will help to break the cycle of poverty and poor health due to NCDs and help promote sustainable economic growth.

Without UHC the financial impact of  chronic conditions can be catastrophic.

Here are six things you need to know:

The situation in poorer countries is particularly stark

In some countries, more than 60 per cent of people living with a chronic condition (also known as a noncommunicable disease, or NCD) face financial catastrophe, depending on the specific disease. 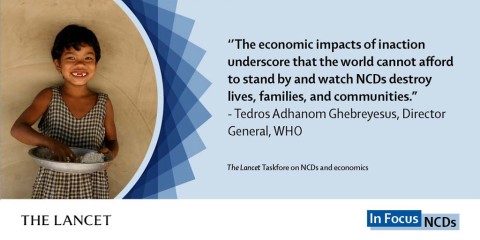 A recent study calculated the average annual costs of living with specific NCDs. It found the highest annual cost in all low-mid-income countries (LMICs) was for people living with chronic obstructive pulmonary disease, COPD (US$7,386.71). Next came cardiovascular disease, CVD (US$6,055.99). The average cost for cancers was US$3,303.81 while diabetes incurred the lowest cost—US$1,017.05 per year.

Out-of-pocket payments for health expenses push roughly 100 million people worldwide, the population of Viet Nam, into extreme poverty every year. A review of 66 studies that analysed LMICs found that the main out-of-pocket expenses were for medicines, outpatient visits, diagnostics, and hospitalisations. Transport costs could be substantial. For example, a study of patients in India with NCDs found that travel costs to attend facilities like referral and super-specialty hospitals was the biggest out-of-pocket cost for households.

Uninsured patients were 2-7 times more likely to receive catastrophic health bills than insured ones. Even with health insurance, many patients faced economic hardship. For example, 53 per cent of patients with stroke in China who had health insurance coverage experienced financial catastrophe. This was largely due to co-payments for hospital admission and treatment.

In low-income countries some people borrow from family and friends to pay medical expenses — 12.8 per cent according to one study. But accumulating debt can put the family in a worse economic position in the future, and is a limited source for people who live with chronic conditions and face recurring expenses.

Another coping strategy was to skip treatment, which saves money in the short-term but worsens later health outcomes and household economics. One study found “an alarmingly large number of individuals with NCDs report not taking prescribed medicines due to cost, particularly among women” — 38.7 per cent of women and 12.6 per cent of men. 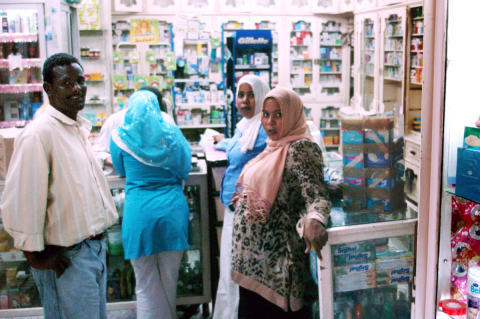 There is a gender gap

Women reported not taking medications due to cost, adding that they had difficulty paying doctor’s fees, medications, diagnostic fees and hospital bills.

Research from several African countries has shown that women are more likely than men in the highest income group to use healthcare but that the reverse is true in the lowest income groups. In households where the male is the sole breadwinner, his falling ill is likely to have a larger impact on income than when a woman falls ill. Consequently, healthcare of male members of the household may be prioritised over females.

Besides borrowing from family, friends or employers, households coped with treatment costs of NCDs by having members drop out of education, change jobs, or reduced both essential and non-essential household spending.

This was easier in high-income households than poor ones. For example, Indian patients with cancer from higher-income groups coped mainly by reducing health-care spending for other household members. But the poor patients with cancer used strategies that depleted existing or future resources, such as borrowing or selling assets.

Reducing the catastrophic expenses facing people living with NCDs is key to reaching the poverty-reduction targets in the Sustainable Development Goals (SDGs). Quitting jobs, paying devastating out-of-pocket costs and leaving school in order to care for an ill relative are just some of the ways that lack of universal health care impacts families living with NCDs and deepens poverty.

Possible solutions to catastrophic spending by people living with NCDs include adopting schemes that require compulsory enrolment or are financed through taxation.

Ensuring healthy lives for all

Ensuring that essential NCD prevention and treatment is a core component of national UHC packages can help provide affordable, quality care to the people who need it most.

UHC that addresses NCDs and reduces catastrophic out-of-pocket expenditure for all people will help to break the cycle of poverty and poor health due to NCDs and help promote sustainable economic growth.

There is no one size fits all formula for UHC or primary health care. Each country must mould its own universal health coverage package that fits the needs of its people, taking into account the views and experiences of people living with health conditions, such as NCDs, as well as of their carers. With its intrinsic focus on equity and human rights, UHC provides a powerful vehicle to accelerate progress on reducing inequalities in health and NCDs.

The UHC target in the Sustainable Development Goals will not be achieved unless governments and stakeholders integrate NCDs across the continuum of care, expanding financial risk protection for all people. Healthy lives for all is an achievable goal, but one that requires multisectoral collaboration and a commitment to develop long-lasting, strong health systems that deliver for people. 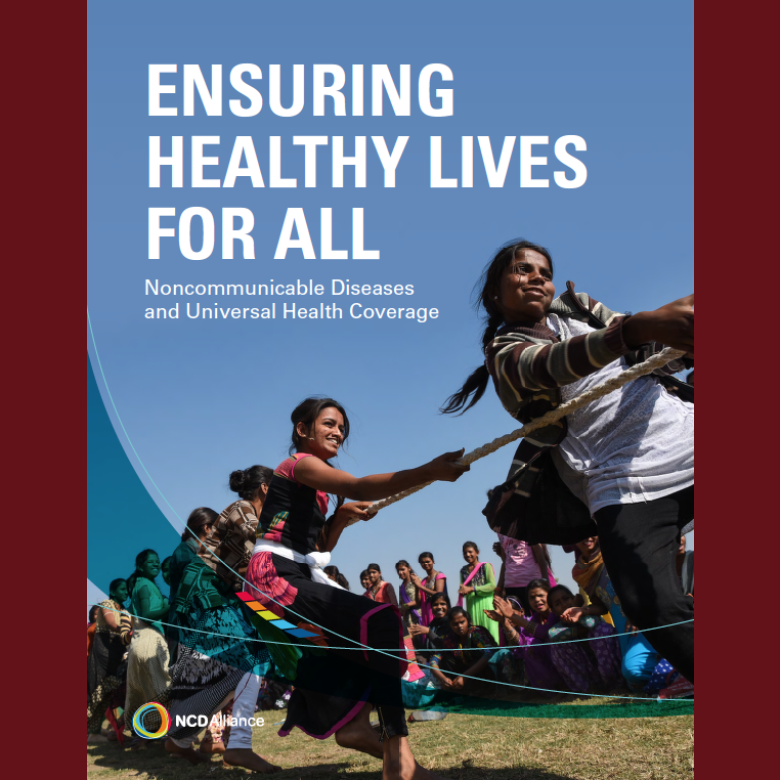 Ensuring healthy lives for all: NCDs and UHC