These best buys must be on your government’s shopping list

Developed by the World Health Organization (WHO), the best buys are low-cost, proven ways to tackle the risk factors that lead to chronic diseases, (also known as noncommunicable diseases or NCDs).

Grouped by risk factor, the best buys include:

Other best buys focus on management of specific NCDs, including:

Drug therapy for diabetes and hypertension, and counselling for those who’ve had or risk having a heart attack or stroke.

Giving all girls 9-13 the vaccine against human papillomavirus, and screening women 30-49 for cervical cancer every 3-5 years. 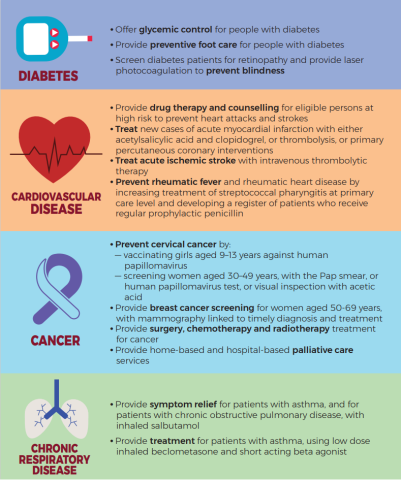 Which countries have bought in?

In 2017 WHO added taxes on sugary drinks to the best buys. Today at least 73 countries have adopted such taxes. Mexico is one of the best known examples. In 2012, 71 per cent of people there were overweight and obese, and in 2014, the government put a 10 per cent tax on all drinks with added sugar. Within two years consumption dropped by 37 per cent. Other countries, including Vietnam, have adopted or increased alcohol taxes. 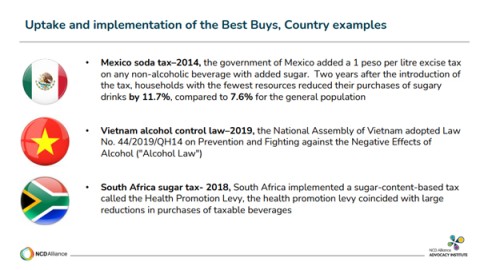 The return would be nearly 12:1 for investments in healthy diets, US$8.30 for tobacco use and US$7+ for alcohol use. On average, each US$1 invested in these countries would yield US$7 due to increased employment, productivity, and longer lives. Seven million lives would be saved by 2030.

Other health and economic benefits

NCDs are the leading cause of death and disability worldwide, accounting for 74 per cent of all deaths and more than three out of four years lived with a disability. But roughly 80 per cent of NCDs are preventable. They are driven by modifiable risk factors including tobacco use, unhealthy diet, physical inactivity, harmful use of alcohol, and air pollution.

By 2030, the best buys could prevent 10 million cases of heart disease and stroke, and add 50 million more years of healthy life in LMICs. That is estimated to be worth more than US$230 billion in economic and social benefits.

The cost of doing nothing for cardiovascular disease, respiratory disease, diabetes and cancer in LMICs has been estimated at more than US$7 trillion between 2011 and 2025, or four per cent of GDPs in LMICs. 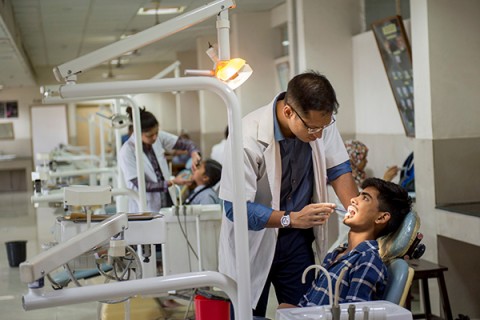 The Best buys — plus

A new analysis starts with the best buys and adds items such as basic care for acute cardiovascular and pulmonary complications to create a broader package of 21 NCD prevention and treatment interventions.

Investing in NCDs should be an easy choice for your government to make. 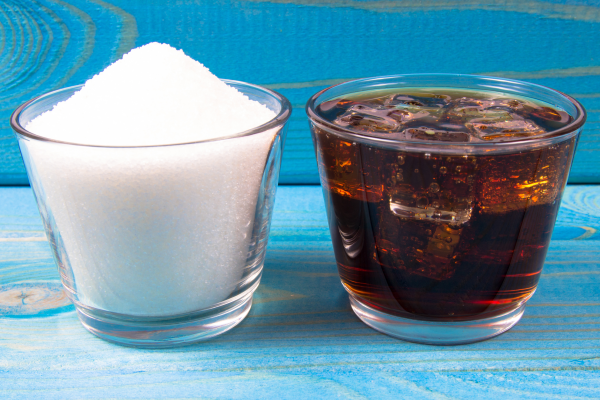 These 5 countries show how sugar taxes can cut chronic diseases 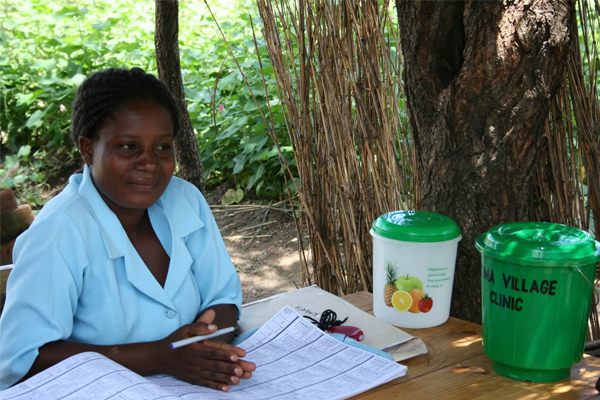 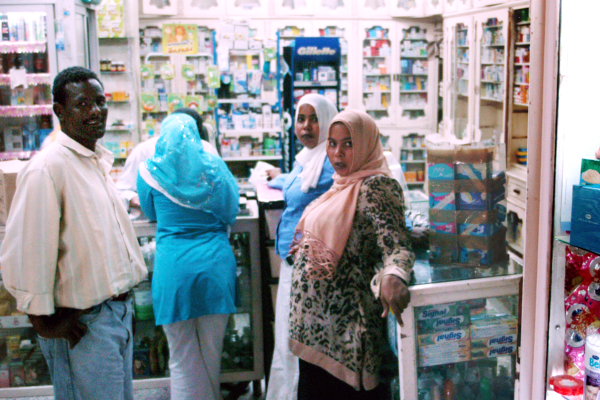