An urgent call to mobilize young people to fight NCDs

This is particularly visible around youth-led movements. Around the world, 1.8 billion people under the age of 15 breathe air that is so polluted it risks their health and development. According to the WHO, more than 500,000 children under 5 years of age died in 2016 from causes related to air pollution, and millions more suffer from NCDs, such as respiratory diseases, that affect their development. In Colombia alone, the National Planning Department reports that every 50 minutes a person dies of diseases related to air pollution, disproportionately affecting children, youth and adolescents; causing respiratory and cardiovascular diseases. Therefore, our actions as humans not only contribute to climate change, but also directly affect our health.

More and more citizens of Latin America and Asia feel and see that air pollution in their cities is a growing problem. Cases such as those of New Delhi, Mexico City, Karachi and Medellín have put the discussion on the global public agenda. However, we see how the national and local governments throughout Latin America and Asia react timidly to the growing urgency. Making visible the links that connect air pollution with climate change is an urgent need. We must make it happen, more than ever, in global discussions such as the Global Week for Action on NCDs. Every day, we fail to act on climate change and air pollution, we are losing lives all over the world.

Meeting the goals of the Paris Agreement could save around 1 million lives per year worldwide by 2050, just by reducing air pollution. While we have a lot of work to do, it is possible, necessary and urgent to make our environment and our health better. Making this happen is what wakes me up every day. The truth is everyone in society has a critical role in accelerating progress on health and climate action - and young people are at the front line of this change.

As a young activist, I have led different youth-led networks and organizations working to fight air pollution. In my experience, to engage and mobilize young people it is imperative to constantly promote three things: public conversations, multisectoral networks and mobilizations through symbols.

Second, multisectoral networks are a fundamental asset for change. We need networks that promote cooperation and long-term commitment. Neither the government nor academia can solve this issue on their own. We need community-based organizations, patients, parents, young people, artists and many more to participate in the decision-making, execution and monitoring of programs and public policies.

Third, mobilizations (online and offline) are the engine that ignites the change. I argue that we need a specific type of mobilization, one which involves poignant/powerful symbolism/icons to help change the narrative. Symbols play a fundamental role in youth climate and health advocacy. For example, to advocate for air quality in Bogotá, we created two cotton lungs and put them on the street so they could show the pollution our lungs are exposed to because of fossil fuel combustion. Other examples include putting a giant sign on a bridge, over a traffic road, with the words “You would have arrived home faster on a bike” and creating a giant cardboard that stated Bogosmog (Bogotá and smog together), “breathing this air has negative effects for your health”.

We need to change the narrative to accelerate action on NCDs and I assure you, as young people, we can do it. So, why not start with opening a dialogue in your school or university, inviting your community to discuss the increase of tobacco consumption among young people, or creating an open book with the stories of people that live with diabetes? The options are limitless, we just need to go out there and do it, and feel the power of being part of the movement acting on NCDs.

About the author
Alejandro Daly is the National Coordinator of The Right To Disobey, a social platform which aims to empower civil society in Colombia to influence public policies. He is also a founding member of the National Citizen Network for Clean Air in Colombia, which organizes debates and demonstrations gathering different actors to share their worries, knowledge and proposals to improve air quality. He is also a Member of the Global Week for Actions on NCDs Advisory Board. To keep up with Alejandro, you can follow him on Twitter @alejandro_daly. 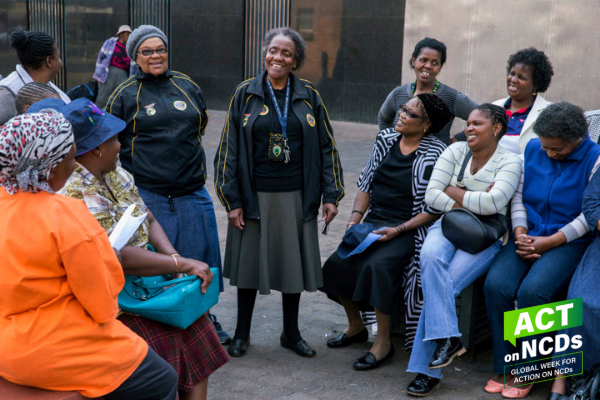 Time to get planning for the 4th Global Week for Action on NCDs! 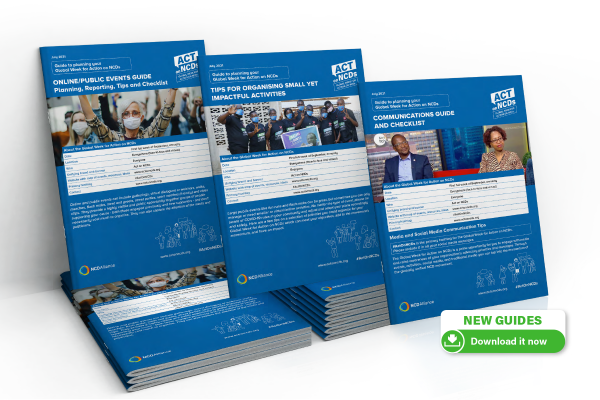 Check out our new tools and resources! 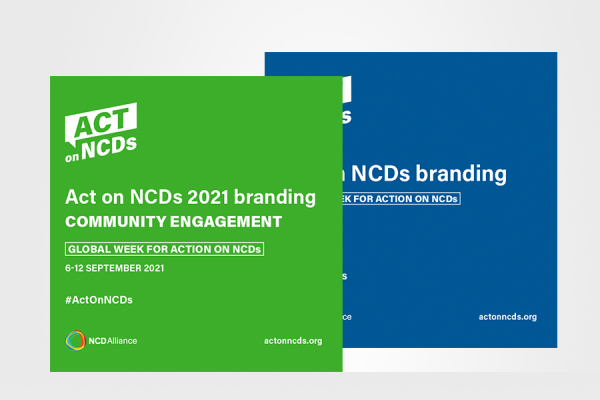 Get ready to act on NCDs with logos and visual elements!